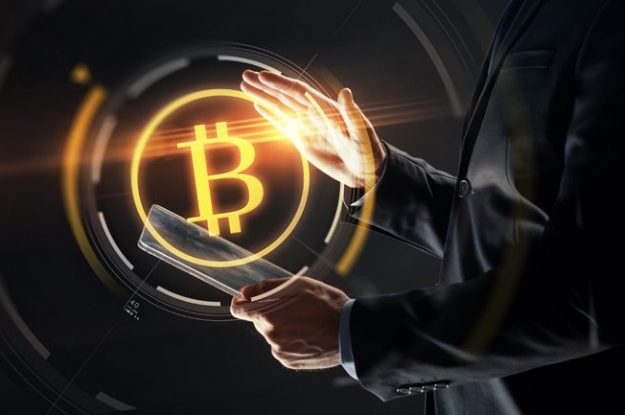 Does blockchain or cryptocurrency news make your ears prick up? You might have asked so many questions regarding blockchain and how the whole thing works. But the truth remains that, some people still find it difficult to get the right source to learn how the blockchain works. So, if you are reading this article, Congratulations! […]

END_OF_DOCUMENT_TOKEN_TO_BE_REPLACED 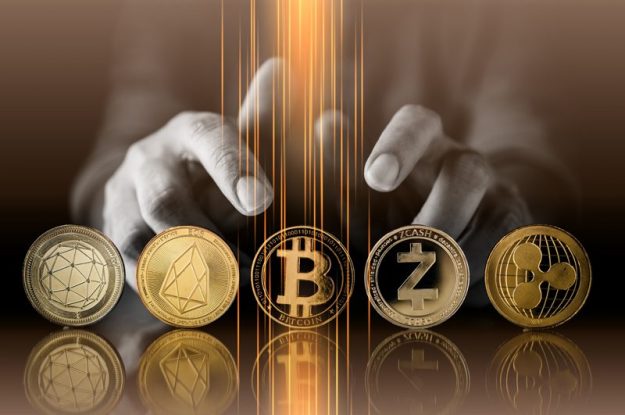 Tushar Chande developed the Aroon Indicator in 1995 which is very handy in determining the strength of a stock, be it in the crypto market or in the stock market. In Sanskrit, Aroon is interpreted as “Dawn’s Early Light” and the reason the name is considered fit for the indicator was that they are meant […]

END_OF_DOCUMENT_TOKEN_TO_BE_REPLACED 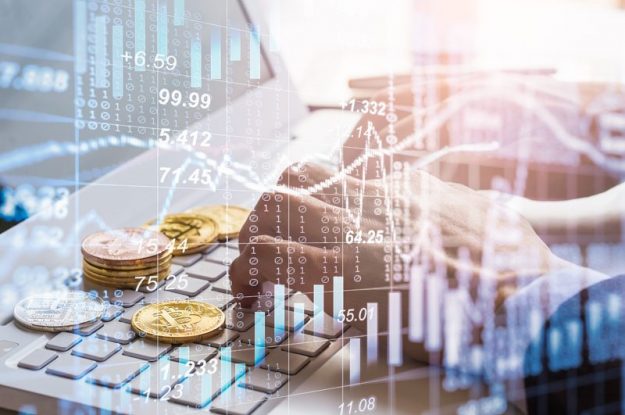 Learning to make money is a great skill but learning to make that money generate more money for you is far greater. Cryptocurrency, over the years, has been seen as just a passing trend, especially by those of the view that it cannot compete with fiat currencies, which has long been in existence. However, cryptocurrencies […]

END_OF_DOCUMENT_TOKEN_TO_BE_REPLACED 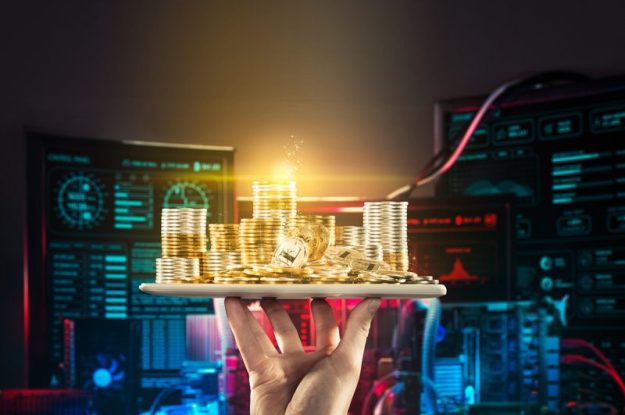 If credit should be given to any industry in this millennial, the blockchain industry should be the first. Its popularity has continually increased causing its total financial strength to supersede most traded assets. Different market systems now recognize cryptocurrency as a means of exchange. Its awareness has made many to believe that there is hope […]

END_OF_DOCUMENT_TOKEN_TO_BE_REPLACED 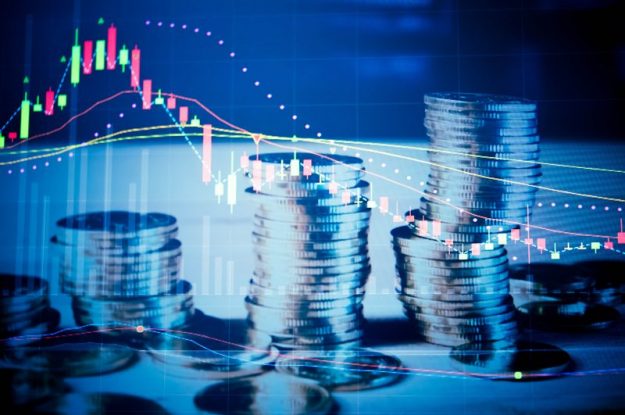 The Future Trends of Cryptocurrency

Cryptocurrencies were precisely designed to be a means of settlement that leverages cryptography in order to secure financial transactions, verify assets transfers as well as manage the creation of extra units. In recent times, virtual currencies have become one among the most buzzing topics in the world of business. There is a visible increase in […]

END_OF_DOCUMENT_TOKEN_TO_BE_REPLACED 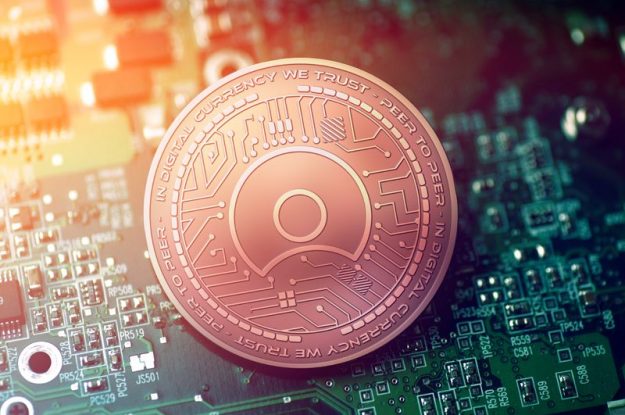 Fidex Token – Is it Worth the Investment?

The cryptocurrency industry is quickly becoming a formidable force. With the rapid spread of its technology and investment processes, many investors have seen many reasons to invest in it. Truth be told, the cryptocurrency investment process might be confusing to a lot of people but highly rewarding when the right procedures are followed. So, in […]

END_OF_DOCUMENT_TOKEN_TO_BE_REPLACED 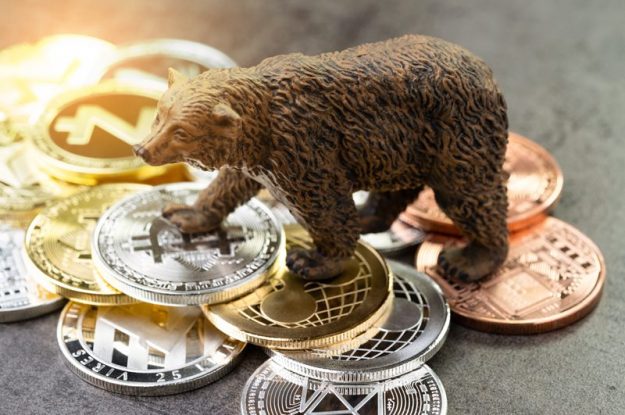 It is a glaringly obvious fact that cryptocurrency along with its underlying technology has succeeded in bringing a lot of disruptions to the mainstream industries and their functions for a long while. Blockchain has repositioned the likes of healthcare, rental, and car sharing, public transportation and also product management which are set to make huge […]

END_OF_DOCUMENT_TOKEN_TO_BE_REPLACED 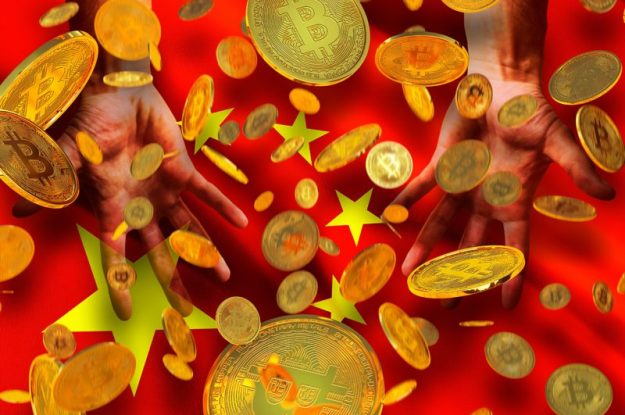 The incumbent Chinese government has hatched a plan to phase out the extensive bitcoin and crypto mining sectors within its borders. National Development and Reform Commission known as NDRC reported that crypto mining is among the list of industries that needs to be eradicated with immediate effect. Although the report is still in its development […]

END_OF_DOCUMENT_TOKEN_TO_BE_REPLACED 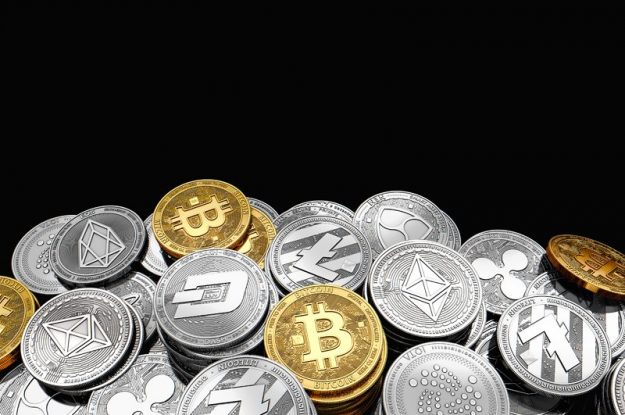 Securing cryptocurrency funds is one of the most significant challenges battled by most blockchain platforms in the blockchain industry. Everyday, the cryptocurrency community is coming up with lots of features to reduce the vulnerability of being tempered by hackers. Veriblock which is a coin that has been added to the coin community has created a […]

END_OF_DOCUMENT_TOKEN_TO_BE_REPLACED 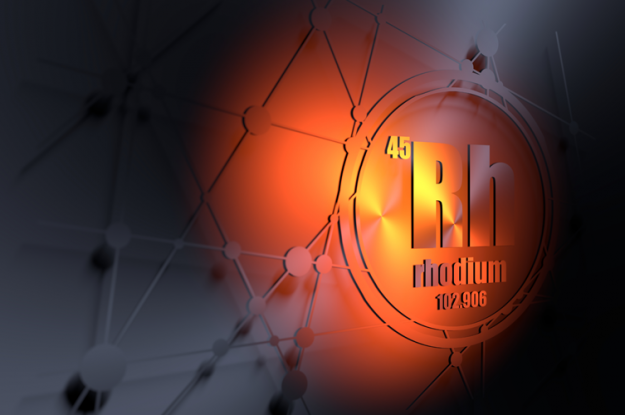 Privacy and security are one of the key features cherished by most cryptocurrency investors. When Bitcoin was first launched as a breakthrough of blockchain industry ten years ago, its strength lay within these key attributes. To date, these features have been the sole reason for its growth and widespread appeal. As Bitcoin Rhodium surfaced in […]

END_OF_DOCUMENT_TOKEN_TO_BE_REPLACED

Why you need all the cryptocurrency news…

It is easy to get caught up with the craze of the comings and goings of cryptocurrency news. With rampant gains and then dizzying drops in all the major coins, it is tough to know if you should hold your nerve or dump your wallet. How much should you pay attention to cryptocurrency blogs?

The better informed you are the better your choices can be. Fluctuations in the price of cryptocurrency, like those in national currencies, occur because of events in the news. You might not want to be reading about drops and gains – but you certainly want to pay attention to regulatory news or moves by governments.

Want an example? The major cryptocurrencies, including Bitcoin, Litecoin, Ripple and Ethereum are all rallying since the introduction of SegWit. The Bitcoin Segregated Witness makes transactions cheaper and faster. This has pushed BitCoin back over the $10k mark per single coin.

But, you must listen out for the bad news, as well as the good – just recently Bitcoin was over $20k per Bitcoin. It is harder to hear the stories of people losing money. Just listen out to the words of the OGs who suffered at the hands of the 2013 crash to understand why keeping it realistic in cryptocurrency is crucial and why reading cryptocurrency blogs could save you a fortune.

Say hello to the “petro”. This is the newest cryptocurrency on the market and is the invention of the Venezuelan President Nichola Maduro. Some see this as a means of a leader trying to save his position – in a desperate attempt to strengthen his position. It opened for trading on 20th February with an opening offer of 100 million tokens. Each petro is meant to be backed by a barrel of oil – whatever this means.

The New Economy Movement platform is the chosen site for sales of the petro – though they clam to have no political affiliations or offer any endorsements. It is a new cloudy arena for cryptocurrencies, as the petro is controlled by a government. If you are in the US, this is a reason why you can’t trade in the petro – as it is seen as a means of avoiding sanctions.

To help to cement the success of the launch, the Venezuelan government has launched a free training course in how to trade in digital currencies.

Ever feel like fiction is becoming fact. Circle is the name of the company in the Tom Hanks film of the same name that focuses on a tech company that has vague fingers in many technological pies.

Well, now there is an actual Circle. This is a startup that pitches itself as a bitcoin company – being something similar to a cryptocurrency PayPal. Circle has announced that it is acquiring the US-based exchange Poloniex. Estimated cost for buying a cryptocurrency exchange is $400 million – but that is what you pay to make a move towards your ambition.

Circle is less certain it is a Bitcoin company. It sees itself as a consumer finance company with the circle representing the peer-to-peer payment service. Whether it believes it is a cryptocurrency company or not – it is estimated it handled $2 billion in transactions a month.

Who is Circle? Now it is Circle Trade and Circle Pay – and soon it will be Circle Invest – an easy-to-use investment app for those wanting to buy cryptocurrencies. In short, it is well worth keeping an eye of this Circle.

in 2017 there was an insane interest in cryptocurrencies. Speculators took a leap into the unknown with initial coin offerings – where startups sell its own crypto-token to raise money. The data for these ICO show how sceptical traders should be when viewing these offerings. There were 902 ICOs tracked last year. 142 of these offerings failed before gaining any funding at all and 276 failed afterwards. This is close to a 50% failure rate – though it is even more if you consider the 113 projects that only “semi-failed”. What does this mean? It means that the teams have disappeared somewhere… comforting.

If you think this makes ICOs a ridiculous risk to take and a guaranteed loss of money. Well, that is until you explore startups in any sort of detail. Most traditionally financed startups fail – almost 75% in fact. Pretty much 40% of these take all the investor’s money.

Does this mean that ICOs are a better bet than traditional startups? Possibly not. A lot of the failures happened in the last few months of 2017 and it thought to be a sign of scams and frauds rather than business failures. The message then is to pay attention to ICOs and see potential – but make sure you do the groundwork before making the purchase.

This is not a Trump headline. This is cryptocurrency news. The mining about to be done in Montana is of the digital variety. The state is about to build a $251 million cryptocurrency mining farm just outside of Butte, Montana.

The local city government unanimously voted to allow Blue Castle Holdings to build a massive mining farm. It is likely to take three years to complete. It will take a massive 135-megawatts of power to feed the power-hungry campus – the equivalent of 20000 homes.

In the first instance the facility will be used to mine for currencies such as bitcoin. There is a back up plan should the floor fall out of cryptocurrency. Should it tank the facility can instead be used for medical research or artificial intelligence. As it is the second largest facility in Montana, the local government needed more assurances that digital currency could supply.