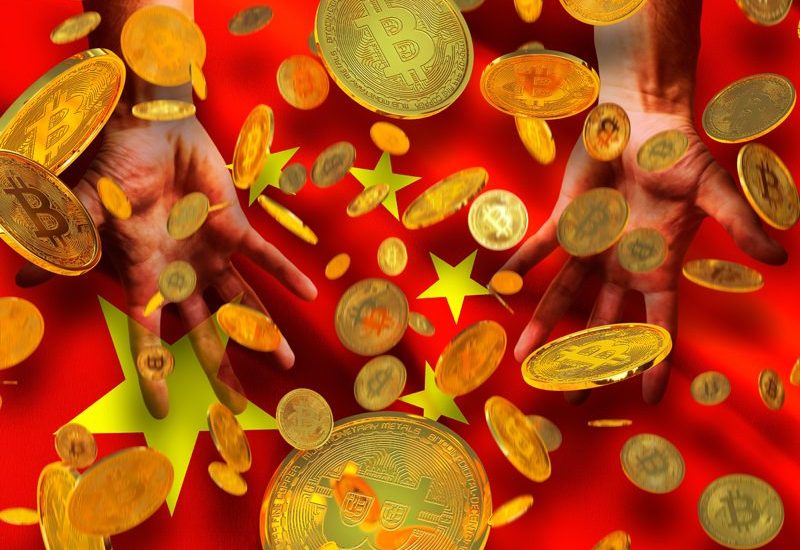 The incumbent Chinese government has hatched a plan to phase out the extensive bitcoin and crypto mining sectors within its borders. National Development and Reform Commission known as NDRC reported that crypto mining is among the list of industries that needs to be eradicated with immediate effect. Although the report is still in its development stage, its eventual enactment will halt the latest bitcoin rally in its tracks and the move will push bitcoin miners further away from a country which is known to hold 74% of bitcoin mining power globally.

In early 2019, Bitcoin surged 27%, hitting a 2019 high as it held above the $5,000 barrier. Even with this positive sign there is still fear that the planned Chinese ban will possibly cause a negative effect on the market capitalization and value of the cryptocurrency. This is clearly not the first attack China is launching in the cryptosphere. 2017 autumn saw the Chinese government banning ICOs, it was succeeded by the proscription of cryptocurrency exchanges. Though mining was untouched then and has been operating freely, it appears that the anti-crypto governmental officials have suddenly remembered it and is bent on taking it out as well.
.

Why China is banning

As the news on Chinese impending ban on crypto mining broke, the obvious question on everybody’s lips is why has China taken this decision. According to Reuters, it was the National Development and Reform Commission that was responsible for listing the vast crypto mining sector as part of the industries slated for eradication. Their reason being that the massive wattage it takes to secure the bitcoin and other crypto networks can go to better use in other sectors.

Reuters also reported that the elimination has become imperative because of public safety. The activities of the crypto mining sector has consumed volumes of resources and consequently, the environment has suffered a lot of pollution. According to the NDRC cryptocurrency mining wastes a lot of energy and brings pollution. Although reports are still pending on how the ban is to be enacted or when it is likely to take off, the general public has been given until the 7th of May to comment on the planned changes.

How the ban will affect the crypto world

It is becoming obvious that the impending crypto mining ban would more or less have some level of negative effect on the value of the virtual currency but the crypto community is living in hope that it will only be short-lived. The likely negative effect begins to ring true when you consider the fact that China currently plays host to four out of the five biggest bitcoin mining pools globally.

The list includes Antpool, BTC.com, Poolin as well as F2Pool. For a while now, these Chinese based mining pools have been commanding over 50% of the entire bitcoin mining hash rate with the potentials to command as much as 70% at its peak. You can imagine what a sudden halt to these pools will cause, considerable hash power will be lost from the bitcoin network and this slows transaction down.

Even with the anticipated fall in bitcoin price, it is highly expected that it will only be a short-term price shock. There is every likelihood that the value of the virtual currency will recover and still go on to stabilize within a short while. Inevitably, the activities of the bitcoin mining network will shift out of China and move to other locations. There are already existing pools such as Bitfury in Georgia and Slush Pool in the Czech Republic which are positioned to pick up the slack. It would appear that the key Chinese virtual currency miners already saw this development coming and have since started working to mitigate the likely effects by going ahead of the ban to relocate part of their operations out of China. For instance one of the top miners Bitman now operates in the United States of America.

If the bitcoin ecosystem can survive the 2017 outlawing of ICOs and the succeeding clamp down on cryptocurrency exchanges which forced the likes of Binance to move operations to Malta, it will definitely survive this ban if it eventually becomes effective. China’s continuous blows to the cryptosphere will only shake the industry but it is not likely to completely kill it. As it is evident from past experiences, the bitcoin ecosystem simply moves to other countries and this time is not different from the past.

How it will positively affect the crypto world

As the impending ban looms in the cryptosphere, there is an aspect of it that is becoming more interesting than the imminent clampdown or even the acknowledgment of the price’s scant. It is the fact the prohibition may portend some benefits for the cryptocurrency community. A couple of the most frequently reiterated critiques of Bitcoin states that the mining is heavily centralized in China, greatly relying on dirty energy emanating from fossil fuels. The naysayers of bitcoin see this as a huge threat to the network’s security and it weakens the network to have a great percentage of its hash power concentrated in one geographical area.

The rationale behind this thinking is that it would be very easy to persuade this clustered miners into taking action in tandem with ways that are likely to be disadvantageous to the entire network than a situation whereby they are spread out more thinly worldwide. A Chinese ban will certainly bring an end to this precarious situation and the recent news coming out of China may well be useful in the further distribution of the hash rate and subsequently, it will go to strengthen the mining network the more. Ultimately, this will later turn out to be a favorable development for Bitcoin generally and may directly provide the much-needed answers to one out of the several most repeated criticisms of the Bitcoin mining network.

Even with the ban reports, the value of Bitcoin appears to be largely unaffected because just within the period of the controversy, the value of bitcoin, along with several other altcoins hit their all-time highs and this says quite a lot without words. What is more, the Chinese ban if implemented, may end up addressing another concern that critics have expressed about the virtual currency – its heavy dependence on non-renewable energy to power their network’s mining operations. Even before the ban, some miners have already relocated to other countries like Iceland and Canada to leverage the abundant, clean, cheap electricity from hydroelectric and geothermal plants. The ban may mean good to the network as many miners will be forced to explore other locations with cheap and abundant renewable power.