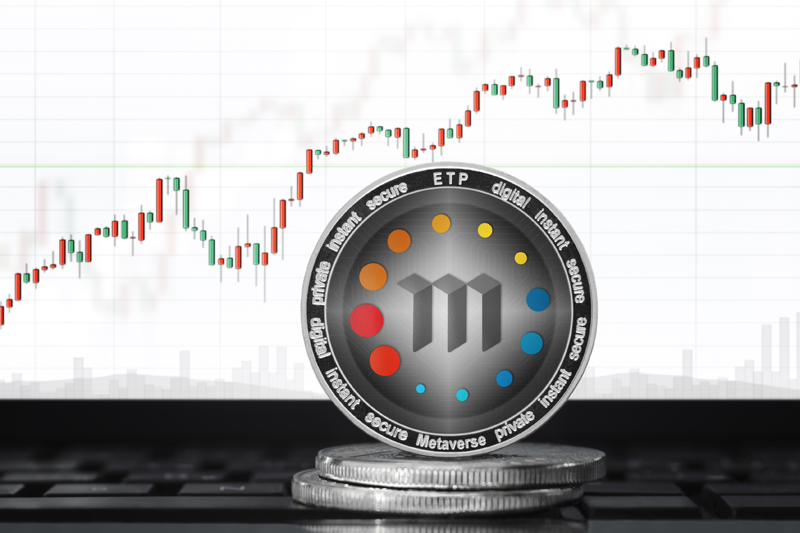 Metaverse was founded by Eric Gu and Chen Hao in 2016. Before Metaverse came into reality, Eric Gu was initial working with the NEO cryptocurrency team. His idea went live when he created a system where cryptocurrency investors can place value on their physical assets and convert them into a digital asset which is called smart properties. After extensively working on Metaverse, Metaverse was successfully launched as a mainnet in 2017, and its ICO made a sale of over 50 million tokens in 2016. 17 months later after it was launched as a mainnet in 2017, Metaverse upgraded its mainnet. It upgraded its wallet to operate in full-node which is known as supernova. As a follow-up on its upgrading process, Metaverse is expected to conduct another upgrade in March 2019.

Metaverse and its market cap

Entropy is the token name of Metaverse which is abbreviated as ETP. As designed by the team, ETP is not attached to any fiat currencies or cryptocurrencies. Its price depends on the Metaverse community and how it is traded across its network. By 5th March 2019, Metaverse’s market cap stood at $37,064,038 which is equivalent to 9,526BTC making it rank 99 in the coin market. Its circulating supply is 57 million ETP as against its maximum supply of 100 million ETP. In its distribution of 100 million ETP, 25% is for ICO investors, 30% is a reward for mining, 25% is for its MVS foundation, and 20% is used as rewards for ETP deposits.

The Meaning of Metaverse

Metaverse is a decentralized platform based on blockchain technology. Metaverse is a new reality where digital assets and digital identities build the framework of asset transactions with the help of value intermediary. With their new system of digitization, the value can be placed on registered assets known as smart properties. According to their white paper, their Built-in-smart contract can reduce the technical risks of enterprise applications during development and usage. With their provision of digital assets MST, digital identities (Avatar), Oracles and asset exchange, Metaverse grant users the right to enjoy peer to peer asset operations through the use of blockchain technology.

Its digital assets are also known as Metaverse Smart Token. Digital assets are smart properties that can be registered in its network, transferred to peer, issued on the Metaverse network and even used as collateral. Registration of digital assets entails finding data that describes this digital asset. The description of data assets will increase its value and operational attribute within the market system. In the description of this data asset, the asset should be reusable and difficult to hack by third parties. In addition to this description, the asset must be convenient to use within the market. Examples of these data assets may include equity registration, game property registration, and other physical property registration.

These are identities that take ownership of any digital assets. These digital assets can be controlled by a known identity that can be represented by an Avatar. Avatars can be used to represent oneself and hold a digital asset in the blockchain. In the creation of Digital Identities (avatar), valued information will be attached to each avatar and also encrypted in other to grant privacy to users.

Also in the Metaverse blockchain network, each digital identity can own multiple assets. This relationship exists at a multiple-point between digital identity owners and their digital assets.

Metaverse Oracle are intermediaries that help Metaverse blockchain communicate with off-chain (outside its blockchain). The Oracle feature accounts for the credibility of off-chain data feeds to be used in its on-chain. In its blockchain, Oracle can be used to store physical assets in the form of smart asset and act as an authentication gateway between off-chain and on-chain. It can also act as a supervisor to regulate transactions within the blockchain.

The Metaverse official wallet is available to users as an open source. Its official wallet supports MIT, ETP and MST tokens and also helps in the creation of digital identity (Avatar). Its wallet systems are:

How to secure Metaverse Token

ETP is the native token of Metaverse. ETP token can be secured through a list of cryptocurrency exchanges like Bitfinex, QBTC, HitBTC and a host of other exchange platforms. Miners in the Metaverse network will also be able to add rewards as ETP to their existing token.

Also, its Metaverse Smart Token (MST) is only issued by users of its network. This MST represents users’ digital assets which are quite different from Metaverse ETP token.