Bitcoin Vs Ripple – A Comparison in 2019 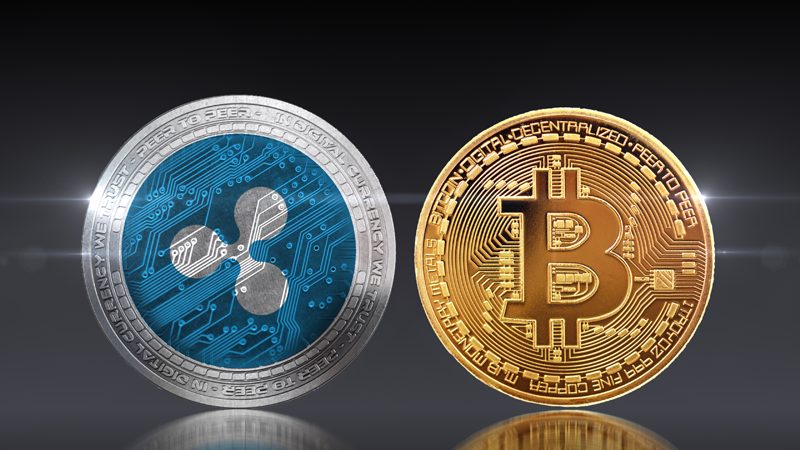 Bitcoin Vs Ripple – A Comparison in 2019

Bitcoin remains a leading player in the cryptocurrency market, not just because it was one of the oldest and earliest cryptocurrencies, but because of its increasing popularity and market capitalization. Ripple – another excellent cryptocurrency, has also been in the crypto market for a while, serving as a perfect mediator for banks and other institutional financial systems. In this article, we will discuss more on the differences between these two as of 2019. First, let’s further examine what these individual cryptocurrencies are about.

Bitcoin is one of the earliest digital currencies that operates a decentralized system, allowing people to make transactions globally without the restrictions that come with regular banks. These transactions are made peer-to-peer, completely eliminating middlemen. It is one of the most secure and reliable medium for carrying out transactions locally and globally. This is done without having to worry about getting permissions from any authority or organization to use it.

Ripple (XRP), an open-source protocol, is a day-to-day and a peer-to-peer payment system that allows users to make fast and cheap transactions at a global level. Ripple is mostly used by most institutionalized financial systems like banks, so it makes the structure of this cryptocurrency a little more centralized. This is in sharp comparison to other cryptocurrencies that are built on decentralized cryptocurrency systems, which aims to destroy the autonomous nature of the traditional banks and other financial institutions.

This cryptocurrency, in addition to its own currency, allows users to create their own currency through RippleNet. RippleNet was created by Ripple to give traditional banks and financial institutions the opportunity to provide services to their customers, allowing them to carry out all forms of transactions globally, and in any currency.
Ripple uses its XRP (which is actually a representation of any currency used to transact on the platform) to give users the flexibility to carry out any form of transaction with any currency of their choice.

5 main differences between the two in 2019

Both Bitcoin and Ripple are great digital currencies with varying advantages and disadvantages, depending on what the user actually hopes to achieve or experience when using either of these two.
Looking at how these two platforms have evolved over the years, let’s take a look at some of the main differences between these two digital currencies that has helped it remain as relevant as possible till date…

Ripple does not have a blockchain, rather, it uses its own technology, Ripple protocol consensus algorithm (RPCA), which allows the cryptocurrency to verify transactions and keep in order all forms of transactions within its own network. Bitcoin, on the other hand, makes use of blockchain, allowing it to operate a public ledger where verified transactions are displayed to the public, eliminating any form of secrecy in bookkeeping. Bitcoin’s increasing popularity thrives on the fact that the system is not owned by any government or individuals, which the open ledger blockchain creates.

One very interesting feature of the Ripple cryptocurrency is that the transaction fee is extremely very low. It offers a transaction fee of $0.00001, which was just mandated to prevent any form of DDos attacks that comes with processing transactions. The transaction fee of Bitcoin on the other hands is much higher and the price of the fees keeps increasing. This is one of the problems that users also have with the Bitcoin network.

The transaction speed of Bitcoin is one of the problems that users experience when using this digital currency. Many altcoins were created as solutions to this problem that Bitcoin had (amongst other problems). Ripple, on the other hand, has a very impressive transaction speed compared to Bitcoin, with Ripple having an average transaction time of four seconds. Whereas, Bitcoin uses about an hour or more for international transactions as well as transactions to traditional banks.

4. Currency flexibility
This is a major difference between these two digital currencies. Bitcoin operates a more rigid currency within its network, allowing users to perform transactions with Bitcoin only and nothing else. But with Ripple, users can use the XRP to make transactions in any digital currency. For instance, if a user has just Litecoin or Bitcoin in his or her crypto wallet and wishes to make payment for something in different altcoins other than what he or she has, the XRP takes the form of that currency. It is used to pay for in the accepted digital that the receiving party wants. With this kind of flexibility, users are less likely to worry about having to purchase different types of digital currency to make payments. Rather they will just use Ripple XRP currency to do that easily.

Bitcoins operates a decentralized cryptocurrency system that makes it operate without rigid rules that govern how people conduct their transactions online. Ripple, on the other hand, having a more formal and structured system, operates a centralized system. And this is why pro-cryptocurrency and other cryptocurrency enthusiasts don’t consider Ripple as a truly digital currency because it totally contradicts the real reason for the existence of cryptocurrencies. So, because a lot of banks and other financial institutions use it, it also has to subject itself to certain regulations. Also it is not subject to other regulations that most cryptocurrencies are subjected to (in a bid to recognize them as legitimate and not Ponzi schemes).