Bitcoin Vs Gold Asset; Which One should I Invest In? 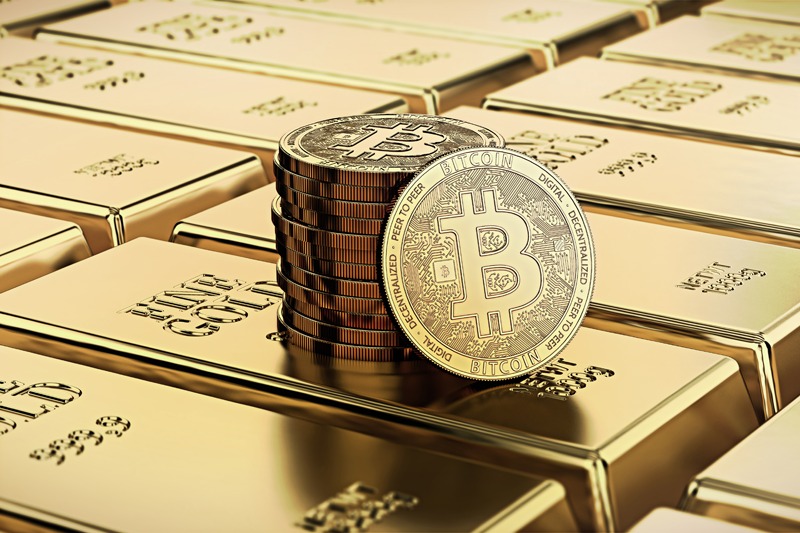 Bitcoin Vs Gold Asset; Which One should I Invest In?

It’s an open secret that investments usually involves high risk. However, two of the most important issues investors tend to grapple with when planning prospective investments is to weigh the benefits over the disadvantages and vice versa. In these times where there are numerous opportunities and assets for investments. Most of whom include digital currencies, oil, and gas, real estates or valuables such as gold. Potential investors are constantly on the lookout for innovations in terms of safe investment opportunities that will guarantee future security. This piece aims to shed more light on which is the best investment choice between Bitcoin and Gold. To fully grasp this point, a brief elucidation of Bitcoin and Gold, the difference between the pair will be done.

Regarded as the pioneer and leading Cryptocurrency, Bitcoin is a digital currency which shares a similarity with gold, due to the fact that it undergoes the process of mining to be created, though its procedure is totally electronic. Mostly, the miners of bitcoin ascertain transactions and add the transactions into blocks. This now culminates into the blockchain of the cryptocurrency. Whenever miners complete a block, new bitcoins are issued.

Through the protocol of bitcoin, the new bitcoins are built in the spate of 10 minutes which allows people to utilize these units of cryptocurrency to conduct transactions. The new Bitcoin can also be used to invest. It’s currently at a stage of consolidation point as it’s also high in prices.

Gold has been a form of transaction and deployed as a form of currency for an excess of 2,000 years. The distribution of gold based on accessing its growth when miners get back the adorable metal from the ground. When it’s mined via this method, gold can be deployed in items such as jewelry. Also, investors are able to buy gold in different ways. They are able to purchase bullion, or they can get more enlightenment on the progression of its price via an expansive range of financial mediums such as gold futures and exchange-traded funds.

It’s a popular notion that the Gold metal has continuously commanded a relevant attraction as an asset that is a safe-haven. The adorable metal grew to a record high rate of an excess of £1,400 towards the end of 2011, attaining these heights as the matters of debts began in Europe and the United States.

With both products in roughly the same price range at this time, it is worthwhile to set aside some problems regarding short-term volatility and bitcoin liquidity to compare them as joint stock reserves. Of course, one could argue that bitcoin is newer and more eye-catching and that it is certainly more useful in the digital age than gold. But gold has an undeniable record as it has been a great stock of values for thousands of years through the development of human civilizations.

While the duo of Bitcoin and Gold are both fantastic choices of investment for potential investors. It’s important to establish the difference that exists between the two. The basic difference between the pair is that Bitcoin is a digital asset while gold is a physical or tangible asset, Gold is a metal which can be weighed and valued. Bitcoin, on the other hand, can’t be weighed.

It’s not possible to know how much of the gold metal that can still be acquired. The fact that scholars are building a means to mine metals from space implies that the creation of gold will continue ad-infinitum. The time of existence of both Gold and Bitcoin also serves as a major difference. While Gold has been around for an excess of 3,000 years, the first Bitcoin was only mined in 2009. However, the features of bitcoin have led those who support the cryptocurrency to believe that it could potentially dethrone gold in the long term.

Which one should I invest in?

Although gold has been a well-received commodity for over 3000 years, bitcoin has become the new go-to for investors around the world. And there are many reasons why. These include;

No middlemen with bitcoin

Compared to gold where there are different stages of consultation with dealers. This shoots the price and leads to more payment for a service; that’s not fair, to say the least. Notwithstanding, as for Bitcoin, there’s no need for human interference. All transactions are strictly based on automated operations and smart contracts.

Through bitcoin, for the sole aim of purchase, investors can receive a billionth of Bitcoin. This begs the questions if it possible to get a hundredth of an ounce of gold? Even if it is, when the thought of the stress of purchasing it is considered, then you wonder if it possesses any value.

Limiting to 21 million bitcoins limits supply and eliminates inflation. Since all transactions are stored on every Bitcoin, the cryptocurrency is considered difficult to manipulate.
Some emerging markets such as Venezuela, India, and China are increasingly investing in bitcoins as they lose confidence in their own currencies. Bitcoins can (temporarily) hedge their own assets in the event of a currency reform or inflation.

Another key advantage that bitcoin has over gold is that its level of supply is fixed and transparent – which eliminates fear in terms of typical inflationary pressures associated with overproduction that could decrease the value of the asset.

You may think that bitcoin will eventually dethrone gold as the stock of universal values is not very appropriate. It is more correct to assume that the two can (and will) coexist as complementary assets. Some people prefer bitcoin, but for the proper construction of an investment portfolio, you will want to diversify. It’s always better to have different types of assets that do not necessarily move together.