A Guide to Digibyte Cryptocurrency 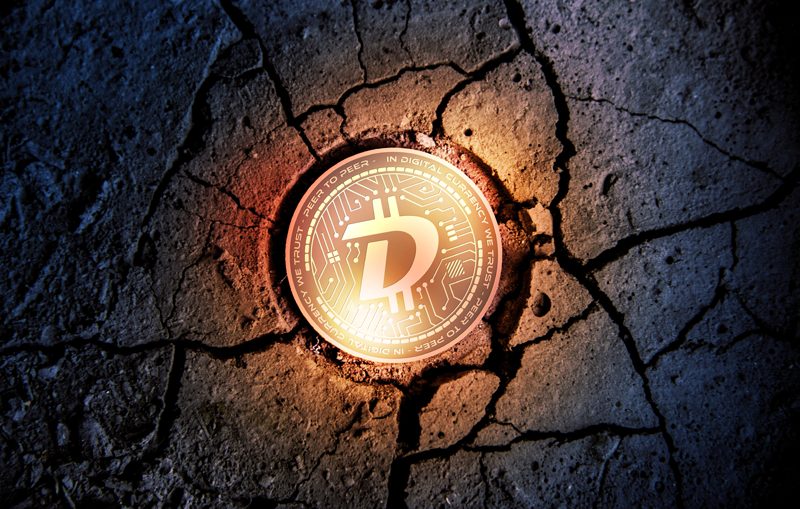 A Guide to Digibyte Cryptocurrency

Security and speed are one of the greatest concerns within most cryptocurrency coin projects. Most crypto experts believe that these features are the only way to win the hearts of potential investors in cryptocurrency. Digibyte is one of the blockchain platforms that focus on speed and security. Its primary concern has revolved around enabling its investors to have privacy and security as well as creating faster transaction speed.

This article provides a detailed review of Digibyte Cryptocurrency from its features, history, market cap and its mining process.

The concern of creating a more secure and decentralized blockchain platform was the aim of Jared Tate when he discovered the errors on other coin projects in the area of security. This encouraged him to start his project to solve challenges in both security and transaction time in his newly found coin called Digibyte. Digibyte was created in 2013 although its official launch was in 2014. Since its launch, the Digitbyte network team has been able to launch a series of hard fork projects listed here below:

Through these multiple launches of hard fork projects, Digibyte was able to set a standard within the blockchain network in the areas of security, mining, scalability and transaction times.

Digibyte and its market capitalisation

Digibyte and its network platform

Digibyte is an open source decentralized public blockchain. According to the brains behind Digibyte, they believe that Digibyte is the longest, fastest and most secure blockchain as compared to other cryptocurrencies. Its speed and high scalability are as a result of more than 100 thousand nodes spread across the network. Its speed of adding blocks has also challenged other blockchain platforms like Bitcoin and Ethereum.

In comparison to Bitcoin, the speed of adding of a new block is approximately of 15 seconds making it a fast decentralized blockchain network. Also, Digibyte has been referred to as a Forward-thinking project that leverages the use of cybersecurity, IOT Devices and Artificial Intelligence. The network platform has been fortified with hard fork features making it stand out among the other thousands of cryptocurrency. Examples of such features include;

How to get your first Digibyte

The Digibyte blockchain network has created very easy steps for people to own its Digibyte coin. The process requires a series of steps that can take you less than an hour to securing your first coin. These steps include;

Wallets are official storage houses for private keys. These private keys are used to access stored asset and coins in cryptocurrency. Digibyte official wallets are designed to fit into most internet accessible devices like desktops and smartphones. Their wallets are built in different desktop file extensions for Linux, Windows, and Mac. The smartphone app is available as Android and IOS.

After downloading your wallet, you are required to generate your wallet address and a private key that can be used to store your Digibyte coins. Digibyte has also made third-party wallet system available for those who already have their wallet in other networks. Examples of third-party wallets approved by Digibyte includes; Coinomi, Ledger, Trezor, Guarda, Exodus, Atomic wallet, and others.

Cryptocurrency exchange is the easiest way to secure your first digi coins. For those already having Bitcoin or Ethereum, you can directly use either bittrex or poloniex to secure Digibyte. You can use any of the trading pairs to DGB to perform your trade.

For individuals new to the blockchain, you first secure Bitcoin through coinbase. Coinbase provides an easy platform for you to use your debit or credit card to secure some Bitcoin. Securing your Bitcoin gives you access to use any of the cryptocurrency exchanges to buy Digibyte.

Securing Digibyte coins through the payment of goods and services

Another option of how you can secure a Digibyte is by using your Digibyte wallet as a payment gateway for goods and services. All you have to do is download their wallet and create your address. The address can be shared to your customer for payment process.

The Digibyte network launched an official DigiHash Mining pool for miners to earn extra value for their mining activities. Its mining pool allows investors to mine its coin from a wide range of algorithms. Before users are allowed to mine, it charges a standard fee of 5%. This fee contributes to the support and development of the network. Additionally, Digibyte permits a mining payout of 100DGB.

With all these features it is clear to see that the prospect for Digibyte, its coin and platform is very bright. Each year the network is reviewed by its team to better understand how to improve existing features and implement others.